On assuming the presidency, Toda applied himself to expanding the Soka Gakkaiʼs range of journals and publications, which he regarded as an important factor for the concrete development of the organization. 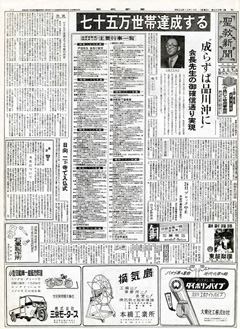 One of the key publications was the Seikyo Shimbun newspaper, which was first published in April 1951. Toda was convinced that the Soka Gakkai needed to have an organ publication and that the press had the power to change the world: toward the end of the previous year, he had stated, “We need to found a newspaper, an organ newspaper. This is the age of the mass media!” Initially, the Seikyo Shimbun was published three times a month with a circulation of 5,000. The newspaper provided members with study materials on Nichiren Buddhism and gave encouragement through articles detailing individualsʼ experiences of faith. At the same time, it sought to share with society Buddhist perspectives on contemporary issues. Toda himself contributed articles for the front page, editorials and epigrams, as well as a novel, Ningen kakumei (Human Revolution), describing his experience and enlightenment in prison during the war, which was serialized from the first issue until August 1954.

Another key publication was the Daibyakurenge, which was launched in July 1949. Toda contributed an essay, “On Life,” to the first edition, the first of many essays explaining the profound doctrines of Buddhism in an easily accessible way. 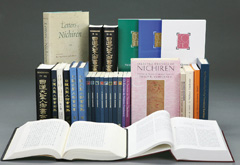 Foreign-language editions of The Complete
Writings of Nichiren Daishonin

Another of the projects Toda was devoted to was the publication of the Gosho zenshu (The Writings of Nichiren Daishonin) in April 1952 to commemorate the 700th anniversary of the founding of Nichiren Buddhism. This was the first accurate and complete collection of the writings of Nichiren, but preparing it for publication was extremely problematic. A definitive edition of the Gosho was essential in order to pass on the Buddhist teachings for future generations and to allow large numbers of people to study Buddhism on their own. Nevertheless, the priests of Nichiren Shoshu were reluctant to see its publication. Furthermore, as the dissertations and letters written by Nichiren amounted to an extensive number of pages, it was difficult to procure the required amount of paper in the postwar years when essential commodities were still in short supply. Nevertheless, Toda believed that unless the Gosho was published while high priest Nichiko, a scholar of rare attainment who had studied Nichirenʼs writings for 60 years, was still alive, the opportunity would be lost. It was Toda who saw the project to fruition, dealing with financial issues and leading the study division of the Soka Gakkai in compiling the Gosho.

Enhancing the range of publications and books for the study of Buddhism strengthened the foundations of the organization and underpinned its growth, while providing a source of inspiration and encouragement. 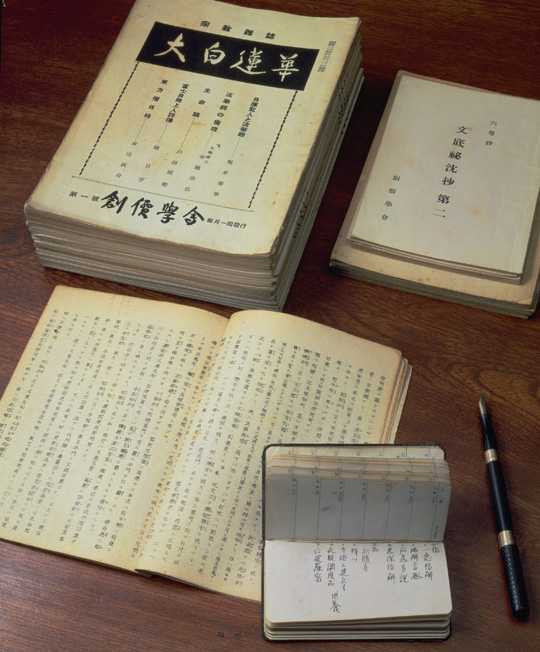 The magazine Daibyakurenge to which Toda contributed numerous essays, other reference material and his personal lecture notes