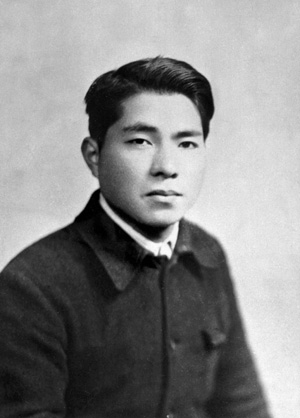 In 1947, Toda encountered the young Daisaku Ikeda, who was to become his greatest support and disciple. It was Ikeda who eventually brought to fruition the ideas that Toda had envisaged, as his successor as the third president of the Soka Gakkai. Ikeda became inseparable from Toda in his effort to reconstruct the Soka Gakkai.

In those early postwar days, Toda delivered his lectures on the Lotus Sutra three times a week, and attended discussion meetings in various locations on the remaining four days. Most members and newcomers who had gathered for the discussion meetings were in great economic difficulty and were seeking to fill a spiritual and emotional void that had arisen following Japanʼs devastating defeat in World War II, and were searching for a way of life they could truly rely on.

On August 14, 1947, Toda attended such a meeting held in Ota Ward, Tokyo, and lectured on one of Nichirenʼs key writings, On Establishing the Correct Teaching for the Peace of the Land. Making the teachings accessible through examples from everyday life, he explained how mistaken ideologies cause people unhappiness. The room was filled with a strong spirit of seeking after truth, and the 20 or so participants included young people, homemakers and the elderly, all completely engrossed in Todaʼs lecture. One of these was a youth named Daisaku Ikeda. 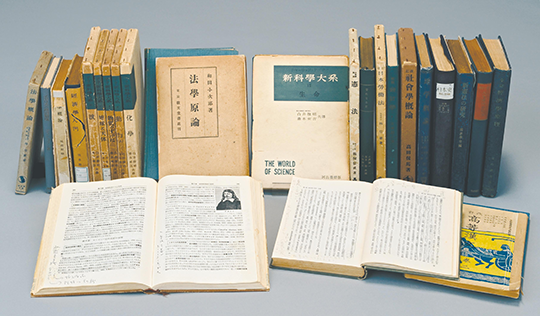 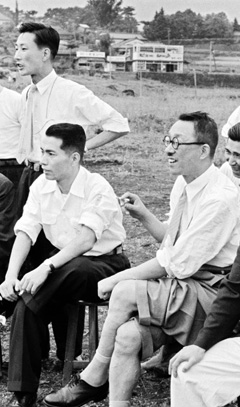 After the lecture, Ikeda asked a series of questions. It was apparent to Toda that here was a young man earnestly searching for a meaningful way of life and system of values appropriate to the drastically changed circumstances of postwar Japan.

Toda answered Ikedaʼs questions with sincerity, replying with detailed explanations from the profound standpoint of Buddhism. Ikeda was deeply moved by Todaʼs integrity, the succinct and sincere way he addressed the questions, with full theoretical backing. The fact that Toda had suffered imprisonment for his opposition to the war policies that had brought great misery and disillusionment into Ikedaʼs own life was an important factor in enabling the younger man to put his full trust in Toda.

On August 24, 1947, 10 days after their first meeting, Ikeda joined the Soka Gakkai. Ikeda was 19 years old that summer, the same age Toda had been when he first met with his mentor, Tsunesaburo Makiguchi.