After Makiguchi passed away in prison, in the absence of a president, Soka Gakkai activities were effectively centered around Toda as general director. Toda led the organization and oversaw the development of discussion meetings, personal guidance and the fostering of capable leaders. 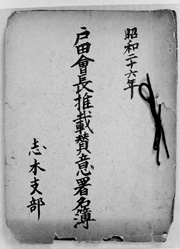 Petition calling for Toda to
assume the presidency, 1951

Although Toda was the central pillar of the Soka Gakkai, he avoided assuming the presidency as he was struggling to rebuild his businesses, which were effectively the economic foundation to support the Soka Gakkaiʼs various activities. However, the Japanese economy had been devastated by the war and despite his strenuous efforts Todaʼs companies faced severe difficulties, and eventually a credit union he ran was ordered to close by the Ministry of Finance. Consequently, Toda announced in August 1950 that he was stepping down from his position as general director to avoid the risk that his business difficulties would cause problems for the fledgling organization.

After Toda retired from the post of general director, a movement to appoint him president spread among Soka Gakkai members. A petition was circulated among the membership, signed by over 3,000 people. This effort, which was led by Daisaku Ikeda, was rewarded on May 3, 1951, when Toda was inaugurated as the second president of the Soka Gakkai. 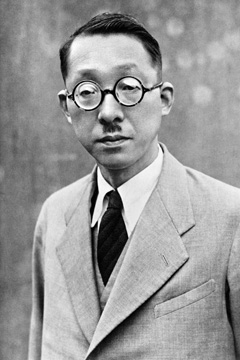 Toda expressed his determination as follows:

“Having benefited so greatly [from my practice of Buddhism], I realize that the only way I can repay my debt of gratitude is by devoting my own life to [the propagation of] the Mystic Law. I have come to feel that I must do all I can for the achievement of kosen-rufu, including assuming the presidency. I will no longer attempt to evade my responsibilities.”

He also made a dramatic declaration at his inauguration ceremony:

“I will take personal responsibility for converting, within my lifetime, 750,000 families to the practice of this Buddhism. If this goal should not be attained by the end of my life, don't bother holding a funeral for me, but just toss my remains into the bay at Shinagawa.”

There were only approximately 3,000 Soka Gakkai members at the time, and under such circumstances, the figure of 750,000 was far beyond the imagination of most people. Even among the leaders of the organization, only a handful could grasp the extent of Todaʼs resolve. Nevertheless, this pledge was taken up by members throughout Japan and became the driving force for the rapid growth of the Soka Gakkai, making the “impossible” possible. 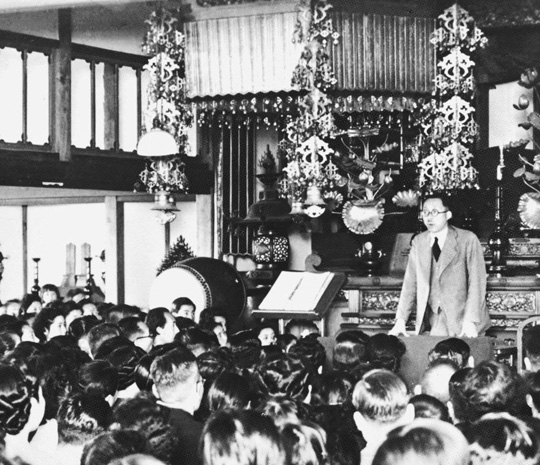