Josei Toda (1900–58) made his historic declaration calling for the abolition of nuclear weapons on September 8, 1957, just seven months before his death, at a meeting of 50,000 members of the Soka Gakkaiʼs youth division at Mitsuzawa Stadium, Yokohama.

Toda issued this declaration at the height of the Cold War between East and West. Both Eastern and Western blocs were frantically engaged in developing nuclear weapons and conducting test blasts. Just one month before, the U.S.S.R. had successfully tested an intercontinental ballistic missile, and the United States had developed what it claimed were "clean" hydrogen bombs which maximized destructive capacity with less radioactive fallout. Nuclear weapons, capable of destroying all human life, cast a dark and terrifying shadow over the destiny of all humankind. The myth of nuclear deterrence was based on the view that since mutual destruction would be assured in the event of an attack, nuclear weapons could be seen as a deterrent to war. 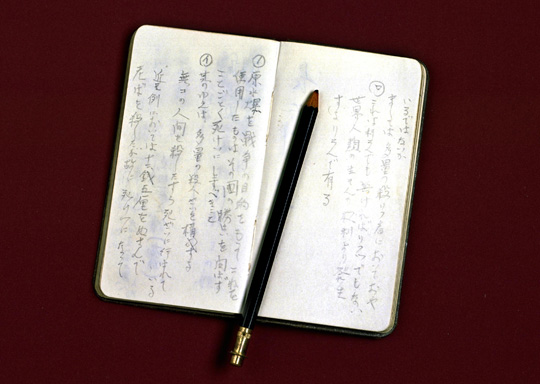 Toda saw such thinking as a product of the darkest aspects of human nature. Nuclear deterrence was founded on an equilibrium of terror and created a vicious cycle which fueled the endless escalation of the arms race. He felt that people who placed their hopes on the idea of nuclear deterrence were entering a devilish labyrinth.

Although antinuclear movements were emerging in Japan, the vast majority of people based their opinions about nuclear weapons on the ideology of one side or the other. Todaʼs declaration, however, was a radical departure from this way of thinking. His stance was that nuclear weapons and their use must be absolutely condemned, not from the standpoint of ideology, nationality or ethnic identity but from the universal dimension of humanity.

In condemning nuclear weapons as an “absolute evil,” Toda was seeking to stress that behind the existence of nuclear weapons lurks the devilish aspect of human life that seeks to subjugate, control and ultimately destroy others. For Toda, nuclear weapons, which threaten the collective right of humankind to exist, were the very manifestation of this dark nature. And even if the physical destruction of the weapons were to be achieved, knowledge of how to produce them would still remain. He saw that there is no other possible solution to the issue of nuclear arms than an incessant struggle against the “evil,” destructive side of human life. 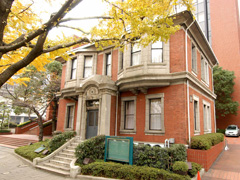 Toda wished to inspire in his audience the belief that since human beings created the atomic bomb, human beings must also ensure its abolition. He wished to arouse them from their state of fear and helplessness in the face of this monstrous threat.

As a Buddhist, Toda was a staunch opponent of the death penalty. He had made this clear on other occasions. His call for the death penalty to be applied for those using nuclear bombs was calculated to shock and awaken his audience to the utterly unequivocal nature of his opposition to nuclear weapons. His proposal of the death penalty was thus not a simple or literal proposition. His point was that the way of thinking of those who would use such a weapon of ultimate barbarism could never be excused or forgiven. Absolutely the most severe punishment would be called for.

Had Toda simply been satisfied to brand those who would use nuclear bombs as devils, fiends and monsters, his declaration would have remained abstract. Most certainly, he could not have adequately conveyed his conviction that the use of nuclear weapons constituted an absolute evil. Todaʼs striking call for the death penalty was aimed at countering the tendency within peopleʼs minds to find justifications for the use of nuclear bombs. He wished to pass a sentence of death on the destructive tendencies within human life. He hoped that by allowing this idea to penetrate deeply into the hearts and minds of people throughout the world, it might serve as an internal restraint against the use of nuclear weapons and for the abolition of war.

Through this declaration, Toda entrusted young people with the task of inspiring this conviction in others, urging them to conduct dialogue based on a belief in the preciousness of human life and the human capacity for wisdom, courage and compassion. He wanted his audience to arouse and call forth those qualities in others and communicate to them the imperative to take action toward nuclear abolition.