At a youth division meeting in February 1952, Toda used the phrase chikyu minzokushugi to describe the basis for his philosophy. This phrase, which could be directly translated as “global nationalism” or the “underlying unity of the worldʼs peoples,” corresponds to what today we would call “global citizenship.” Although the concept of global citizenship has gained currency in our contemporary world of globalization, it was an innovative concept in the days when confrontation between the Eastern and Western blocs under the Cold War was intensifying. 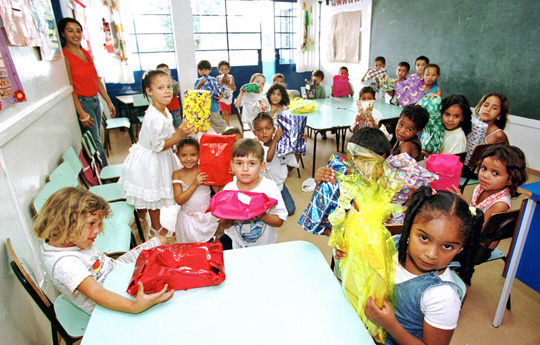 Todaʼs declaration of global citizenship originates from the tragedy of extreme nationalism that was experienced by people in the 20th century. In the modern period when extreme forms of nationalism arose in Japan, the state held supreme authority and unquestioning loyalty to the state was demanded of all. Especially during World War II, people suffered intense oppression from the militaristic government. As a witness of such tragedy, Toda sought to liberate people from the chains of narrow-minded nationalism, to enable them to transcend the limitations of confining oneʼs vision to just one state or people. He called for an awareness that humankind is one, ultimately sharing a common destiny. Toda was convinced that wars among states and peoples would end, and a peaceful world society would be constructed, when people realized this ideal and took full responsibility as members of a single human community. 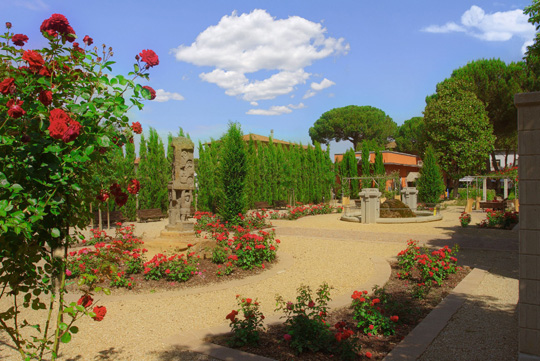 The Toda Park in Florence, Italy

Todaʼs vision of global citizenship can be understood as being in the lineage of the ideas of his mentor, Tsunesaburo Makiguchi. From his 1903 work, Jinsei chirigaku (The Geography of Human Life), onward, Makiguchi consistently urged an expanded sense of belonging and commitment—that people should understand themselves to be simultaneously citizens of a local community, of a national state and of the world. Likewise, Todaʼs ideal of global citizenship does not deny or reject local or national identities, but promotes a steady expansion of our more immediate loyalties until they expand to embrace the entire world.

“I want to rid the world of misery.” Todaʼs strong determination to consider peopleʼs happiness as his first principle at all times was the wellspring of his ideal of global citizenship. He was striving to empower people to take control of their lives, to become “the master” of ideas, rather than allow ideas to master them, as had happened so often in the past. The notion exemplifies Todaʼs ability to see all phenomena clearly from the point of view of ordinary people. 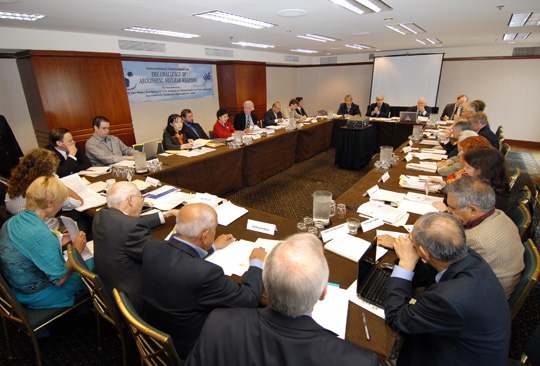 An international symposium “The Challenge of Nuclear Abolition” cosponsored by the Toda Institute for Global Peace and Policy Research, San Francisco, September 2007