Toda used the term "Human Revolution" to express the central idea of Nichiren Buddhism, which is that all people are capable of attaining enlightenment in this lifetime. He also asserted that an individual's inner transformation could actively change their circumstances and their environment.

He drew the following analogy to explain the profundity of Buddhism and the principles of life:

Toda stated that human revolution is the process of fundamentally transforming one's way of living and developing a clear awareness of one's purpose or mission in life. He declared that human revolution means to build an unfaltering view of life based on an understanding of the eternity of life rather than a short-sighted pursuit of this-worldly goals, aiming for a way of life that maximizes meaning and value creation.

He explained that wanting to become rich or to change aspects of one's character is merely a desire for relative happiness. This, he emphasized, is far removed from the true essence of human revolution, which is to create a life condition of absolute happiness--an inner state of life which cannot be destroyed by external influences. 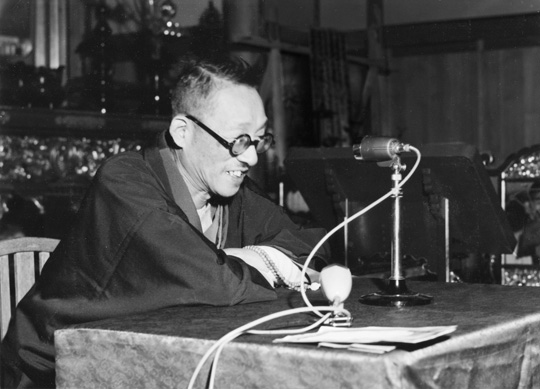 Toda stated, "[E]ssentially, it is only natural that any seemingly effective measures end up as useless abstract ideas unless people themselves are transformed. Human history has vainly repeated this pattern."