In July 1943, Toda was detained and imprisoned on charges of violating the Peace Preservation Law, a key tool for the suppression of dissent in wartime Japan, and showing disrespect to the Japanese emperor. Alone in his prison cell, he began to chant Nam-myoho-renge-kyo--the essential practice of Nichiren Buddhism--some 10,000 times each day, and to study the Lotus Sutra, its key text, intensely. 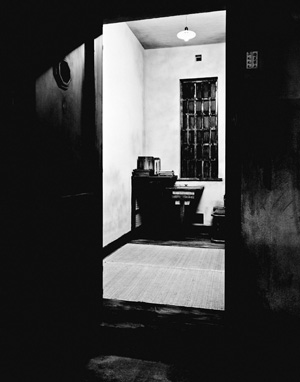 He read the entire Lotus Sutra several times, but was struck by a difficult passage in the Virtuous Practices chapter of the Sutra of Immeasurable Meanings, which serves as an introduction to the Lotus Sutra. This is a 12-line verse consisting of 34 negations--“neither existing nor not existing, neither caused nor conditioned, neither self nor other, neither square nor round...”--describing the entity that indisputably exists despite all the negatives. He knew that the passage referred to the Buddha, but something that was represented by as many as 34 negations was difficult to grasp. After a process of repeated deep contemplation and prayer, he had a revolutionary insight: The Buddha is life itself. It exists within one's life and throughout the universe. It is the entity of cosmic life.

As Toda continued to read the Lotus Sutra, he focused his thoughts on the purpose for which it was expounded: to enable the enlightenment of all people without exception. He came to the realization that his mission was to spread the Lotus Sutra as widely as possible in order to lead people to happiness, and resolved to dedicate the remainder of his life to this endeavor. 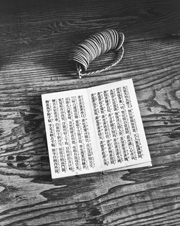 "I achieved the state of no longer harboring delusions five years later in life than Confucius did, but I came to know my mission in life five years earlier than him."

Toda realized that his determination and action could influence and transform society. Toda's unwavering resolution became a source of courage and hope to many people and was the bedrock for the Soka Gakkai's development as a organization committed to grassroots activities in society.