Josei Toda's early years were spent as a classroom teacher. His work as an educator brought out his creativity, as well as allowing him to express his affection for his fellow human beings. 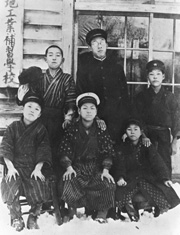 With his students at Mayachi
Elementary School, 1918

As a teacher, Toda was sincerely dedicated to children's happiness and sharing in their lives. He taught at an elementary school in Hokkaido from age 18 to 20. Open and impartial, he was much loved and trusted by the children, who would often visit his house after school to play and study there. Toda deeply cared for each student and was passionately devoted to education, declaring: "I am determined to develop even the poorest student into an honor student."

Toda met Tsunesaburo Makiguchi in Tokyo when he was aged about 19. Makiguchi recognized Toda's brilliance and highly valued his enthusiasm and talent as a teacher, finding him work in elementary schools in Tokyo where he served as principal. Toda in turn was inspired by a burning passion to develop innovative educational methods.

At Makiguchi's recommendation, Toda established the tutorial school, Jishu Gakkan, in Meguro, Tokyo, in 1923. The school prepared students for the highly competitive entrance examination for secondary-level education, using teaching methods far removed from the conventional techniques of rote learning. It was an innovative practice with emphasis on fostering each child's ability to think. 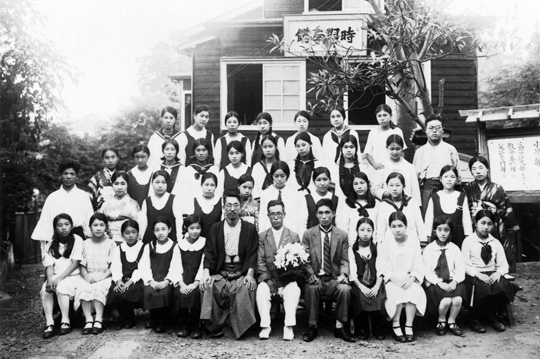 One example of Toda's creative teaching approach was the use of concrete examples to help children understand the relationship between tangible reality and abstract ideas, as a way of explaining the use of numbers as abstract symbols in mathematics. For example, Toda would write the word 'dog' on the blackboard. "Here's a dog. Anyone who wants it can come and take it." The children were perplexed because, although they all wanted a dog, they couldn't take the word 'dog' with them. Then Toda explained that the word on the blackboard was an abstract idea, and used this as a concrete example to help them understand the basic concept that mathematics was made possible by the use of abstract signs, or numbers. His creative classes developed in the children an eagerness to learn and to understand. Eventually his school attracted excellent students from all over Tokyo, with the reputation that it was much more enjoyable than the normal daytime schools. 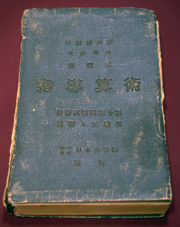 A Deductive Guide to Arithmetic

Toda compiled the math texts he used at Jishu Gakkan into a book which was published as Suirishiki shido sanjutsu (A Deductive Guide to Arithmetic) in 1930. The study aid focused on exercises of reasoning regarding the similarity and dissimilarity of problem categories, reflecting his original standpoint that deductive reasoning is at the basis of mathematics. It became a long-seller, selling more than a million copies.

Toda's A Deductive Guide to Arithmetic is, as Makiguchi stated in the foreword, an example of the value-creating educational theory put into practice. The phenomenal popularity of the book is proof of the theory's appeal and universal effectiveness.