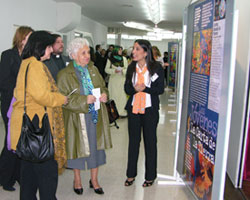 On April 27, 2007, SGI-Argentina inaugurated its Women's Peace Committee (WPC) with SGI-Argentina Women's Division Leader Matilde Garrido and Young Women's Division Leader Veronica Higashi serving as chair and vice chair, respectively. At a ceremony held at the SGI-Argentina Peace Auditorium, the two women made a joint statement declaring that the committee's mission is to succeed to the pacifistic spirit of second Soka Gakkai President Josei Toda's declaration for the abolishment of nuclear weapons and to work to build a society based on humanistic ideals. The SGI-Argentina WPC will promote the Soka Eco Project, an ecological environmental protection activity that begins in the home. Guests at the inauguration included Alicia Vazquez, Director of Religious Affairs in Buenos Aires City and Lidia de Pugliese, wife of the late Argentine tango maestro Osvaldo Pugliese (1905--95). "Seeds of Change: The Earth Charter and Human Potential," an exhibition created by the SGI that points toward sustainable living and environmental preservation opened on the same occasion.

On April 28, the first meeting of the SGI-Argentina WPC was convened, with an attendance of 850 members. Leaders from various sectors of society were invited guests, including President Juan José of the Argentine Academy of History, Vice Rector Pedro Bautista Toma of the National University of Lomas de Zamora and Amanda de Pérez Esquivel, wife of the 1980 Nobel Peace Laureate Dr. Adolfo Pérez Esquivel. In a message, Dr. Esquivel referred to the SGI president's commitment to peace and environmental protection. After a speech by Professor Jorge Franza of the Faculty of Law and Social Sciences at the University of Buenos Aires, Juan Manuel Velasco, director of Environmental Affairs in Buenos Aires City praised the SGI-Argentina members for their proactive efforts to uphold peace and protect the global environment and expressed his hopes to collaborate on projects in the future. 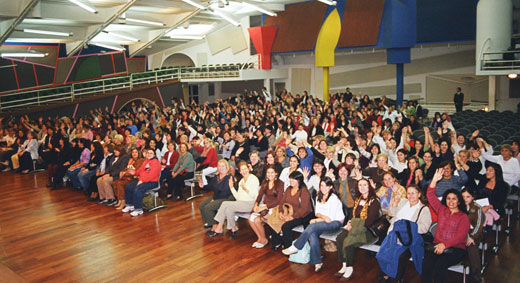 [Adapted from an article in the May 21, 2007 issue of the Seikyo Shimbun, Soka Gakkai, Japan]